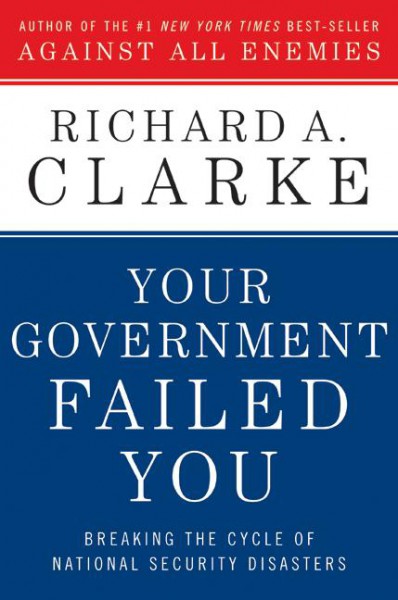 
Your Government Failed You

by Richard A. Clarke

Richard Clarkes dramatic statement to the grieving families during the 9/11 Commission hearings touched a raw nerve across America. Not only had our government failed to prevent the 2001 terrorist attacks but it has proven itself, time and again, incapable of handling the majority of our most crucial national-security issues, from Iraq to Katrina and beyond. This is not just a temporary failure of any one administration, Mr. Clarke insists, but rather an endemic problem, the result of a pattern of incompetence that must be understood, confronted, and prevented. In Your Government Failed You, Clarke goes far beyond terrorism to examine the inexcusable chain of recurring U.S. government disasters and strategic blunders in recent years. Drawing on his thirty years in the White House, Pentagon, State Department, and intelligence community, Clarke gives us a privileged, if gravely troubling, look into the debacle of government policies, discovering patterns in the failures and offering ways to halt the catastrophic cycle once and for all.