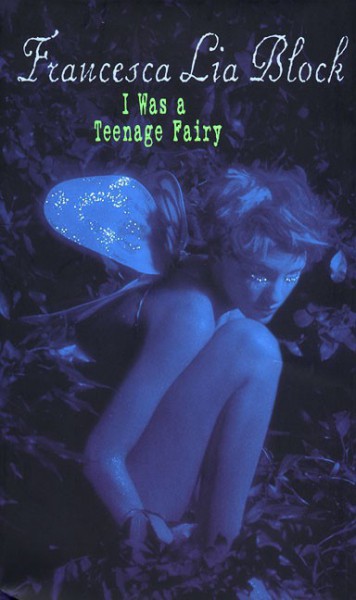 
I Was a Teenage Fairy

Maybe Mab was real. Maybe not. Maybe Mab was the fury. Maybe she was the courage. Maybe later on she was the sex . . .A tiny fairy winging her way through the jasmine-scented L.A. night. A little girl caught in a grown-up glitz-and-glitter world of superstars and supermodels. A too beautiful boy with a secret he can never share . . .From the author of Weetzie Bat comes a magical, mesmerizing tale of transformation. This is the story of Barbie Marks, who dreams of being the one behind the Cyclops eye of the camera, not the voiceless one in front of it; who longs to run away to New York City where she can be herself, not some barley flesh-and-blood version of the plastic doll she was named after. It is the story of Griffin Tyler, whose androgynous beauty hides the dark pain he holds inside. And finally it is the story of Mab, a pinkie-sized, magenta-haired, straight-talking fairy, who may or may not be real but who helps Barbie and Griffin uncover the strength beneath the pain, and who teaches that love—like a sparkling web of light spinning around our bodies and our souls—is what can heal even the deepest scars.