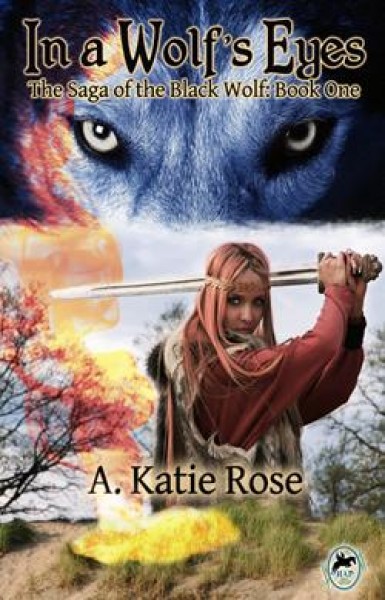 
In A Wolf's Eyes

by A. Katie Rose

The Wolf Raine is a slave, a gladiator. Known as the Bloody Wolf, he is the champion of all champions in the Empire of Khalid. When Raine and his new wizard pal, Rygel, accidentally murder the High King, they set in motion events rapidly spiraling out of control. In saving each other, they forge a bond closer than brothers. The Warrior Ly’Tana is a warrior and heir to the throne of Kel’Halla, and set to wed Crown Prince Broughton of Khalid. Ly’Tana discovers the true, and violent, nature of her betrothed. Broughton, nicknamed Prince Brutal for his vicious nature, plans to kill her after their marriage. With her war-band, she flees his wrath and seeks to escape his evil empire. The King But Brutal will stop at nothing to have Ly’Tana for his wife. He brings down and captures her griffin bodyguard, Bar. Ly’Tana seeks the help of Raine and Rygel, and frees Bar from Brutal’s clutches. Raine and Ly’Tana are forced to flee for their lives, hunted by Brutal’s secretive assassins. Can they escape the hunters and their silent, evil hounds? Can Ly’Tana evade Brutal’s hungry need to marry her and seize her beloved country? Can Raine keep Ly’Tana alive and save himself from capture and torture? Can they stop themselves from falling in love?